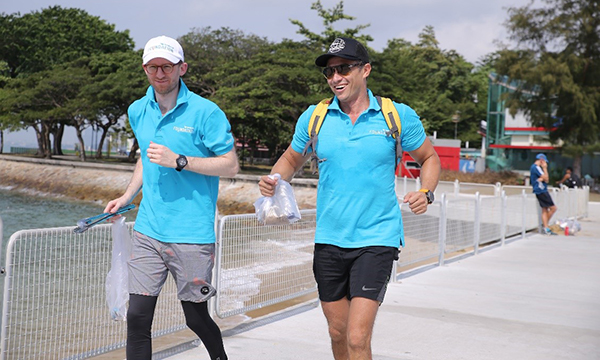 The answer to all of those questions can to a a large extent be answered by following the fine example set by Lendlease, the international property and infrastructure company – and provided businesses can look beyond a token wellbeing week, or short-term quick fixes.

Lendlease’s ethos is based on creating positive environmental and social impact on communities, which include some famous projects such as the Sydney Opera House and London’s Tate Britain. Based in Sydney,  it appears that Lendlease’s “positive and sustainable community” ethos extends to – and in turn is enabled by – its 13,000 staff throughout Australia, Europe, the Americas and Asia.

In 2014 Lendlease began its wellbeing journey by creating a health and wellbeing framework incorporating education on awareness, prevention and management. The scheme has four main focus areas, which are: supporting healthier minds; developing healthier bodies; building healthier places; and creating healthier cultures. This set out a sustainable framework for the company leaders and could be communicated to its employees.

One of the initial activities was to partner with the health organisation BUPA to provide ‘360 wellness checks’ to all employees which include skin checks, health checks and flu vaccinations.

Creating and maintaining healthy workplaces should always incorporate looking after the physical wellbeing of staff. Lendlease appreciates active employees tend to be more self-confident and sustain energy levels better, and so as a company it encourages staff to be more active.

It launched a Fitbit loan scheme which was taken up by over half of the 1,500 employees it was advertised to. They were provided a free Fitbit for a three month trial period, which could be renewed, and were given access to the Fitbit portal which allowed them to create teams and compare their activity levels with other colleagues.

Exercise was further encouraged through design elements like building dedicated exercise rooms and the company even re-built a central staircase at one of their workplaces to be closer to employees, discouraging the use of the lifts.

Such activity has led to a positive attitude towards work, creating a less stressed workforce. Even immune systems are generally stronger, meaning they can fight off sickness better – so this is a huge benefit to businesses, which are today spending billions on sick days. And the cycle of sustainable benefits continues.

Finally, to ensure nutritional support was available to sustain and compliment the physical health boost, instead of reaching for an unhealthy snack during lunch breaks, employees are encouraged to make healthier choices through the introduction of healthier discretionary snacks like fruits, yoghurts and juices which were made available on every floor.

One concrete measure of success is using return on investment analysis to measure the impact of the schemes implemented. Lendlease found that for every dollar invested into the program there was a return of $1.09. Put simply, the business profited from improving employee wellbeing.

Internal staff survey found that 74% of employees felt highly engaged and 79% said they experienced high levels of support from the company, showing how investing in wellbeing can increase productivity.

Its schemes have had large success with employees, and a whopping 984 kilograms of sugar has been removed from Lendlease’s food supply, resulting in over 50% of employees eating more than the recommended five portions of fruit and vegetables a day.

“I also think it’s important that people are encouraged to find a work/life balance that works for them and the teams they work in including utilising any/or all the resources available through our business. If we want things to change we must be proactive and that’s what we’ve done, and encouragingly many other companies are doing the same.“

Whatever the future of work will look like, organisations can take the principles Lendlease have used and apply them to their own workplaces. With leadership action and example, and simple steps to keep employees active and healthy,  adaptable wellbeing practices are now calling for long-term, sustainable support for employees, and naturally benefitting business.