Have you checked out InsideOut? 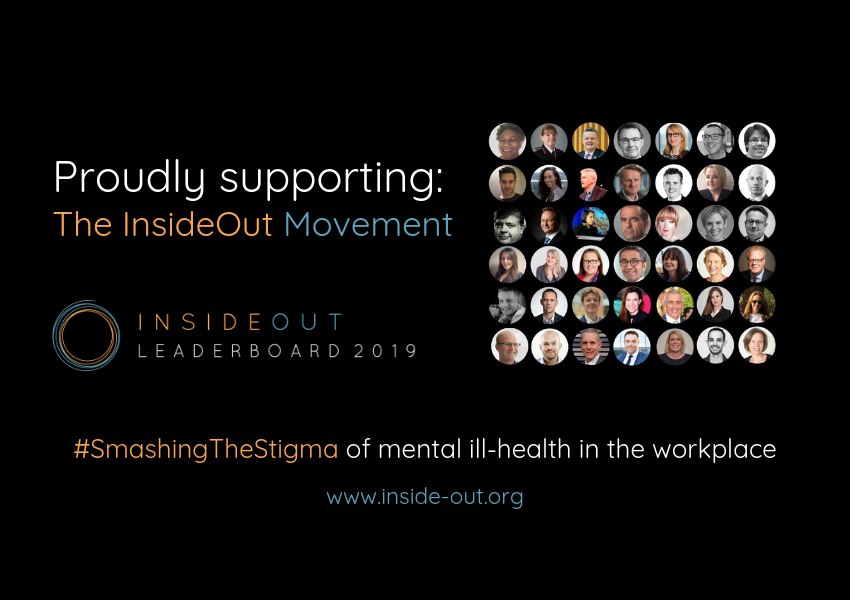 I first came across Rob Stephenson last year, when I was involved in the Mad World event which covers mental health in the workplace. Rob was embarking on an incredible physical challenge, the MindCycle Tour, which involved cycling the full length of the Tour de France on a static bike, to simultaneously raise awareness around the stigma of mental health at work. He did this by taking his bike into a number of workplaces across the UK, encouraging employees to join him on a part of the course and – if they wished to – have a chat about mental health as they peddled side-by-side.

An outstanding cause and achievement in itself, Rob has arguably gone even better in 2019 with the rise in prominence of his InsideOut social enterprise. Its mission is to end the stigma of mental ill-health in the workplace by ‘creating a ripple effect of senior leaders who are willing to speak out about their own lived experience’.

Its fair to say this ‘ripple effect’ is now in full flow thanks largely to the InsideOut Leaderboard, which celebrates all the leaders in the business world that have opened up about their struggles with mental health problems. The Leaderboard was revealed in April, with The Sunday Times covering its launch and using a fabulous picture of Amanda Lambert from Three, one such senior business person who had overcome a mental health problem, to accompany the piece. Its fabulous because it shows a happy, healthy woman enjoying life rather than the usual negative images of man/woman crying in a corner, alone, which often are used for mental health pieces. 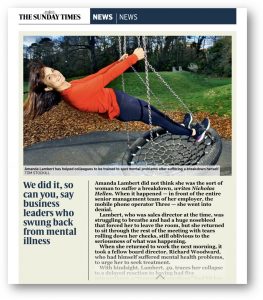 Others joining Lambert on the Leaderboard are:

As well as mainstream press coverage, the list has gone down a storm on social media – in particular on LinkedIn, which is the perfect platform for InsideOut to highlight its mission to end the stigma around mental ill-health at work.

Not content with ‘smashing the stigma’ in the business world. InsideOut recently announced plans to do likewise in the world of sport with the launch of the Sports Professionals InsideOut Leaderboard 2020. Dame Kelly Holmes, one of Britain’s most decorated athletes, has already been announced as the list’s first role model.

Delighted to be named as a role model on the InsideOut LeaderBoard 2020, #SmashingTheStigma of mental ill-health in society. I hope that more current and retired sports professionals are inspired to join the LeaderBoard. @Rob_InsideOut for more info pic.twitter.com/gi8DAgNn17

Further current and retired sports professionals are expected to be announced in the coming months. With a number of high-profile sports stars being open about their mental health struggles in the past couple of years, it will be fascinating to see who makes the Leaderboard.

Such stars have included footballers Danny Rose, Michael Carrick (who we featured in this article), Aaron Lennon, and Clarke Carlisle. In cricket, Andrew Flintoff, Marcus Trescothick and Steve Harmison have all revealed their mental health struggles. Rugby star Joe Marler retired from England duty due to anxiety caused at being away from his family, while boxer Tyson Fury has turned his life around after admitting being close to suicide just a couple of years ago.

With many of the country’s sports stars so well known and adored by millions, such a list and its subsequent publicity can potentially reach members of the public suffering from mental health problems. If they are inspired by their sporting heroes then the initiative will go a long way to reducing the stigma of mental ill-health throughout society.